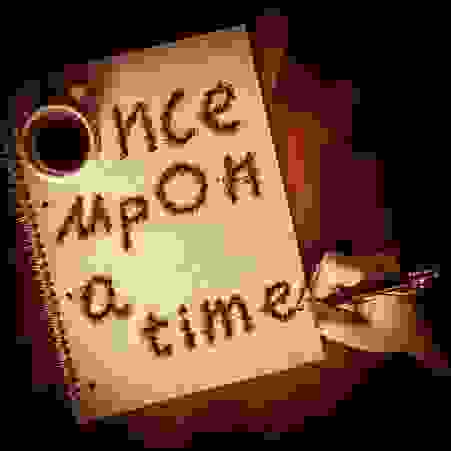 I have an Nh.D.  Doctorate in Nursing Homes.  I got it at the University of Experience. One day my mother moved into a nursing home. On another she died there. What happened in between changed my life.  There’s No Place Like (Nursing) Home – Stories of Dementia, Dying, and Peeing on the Christmas Tree is a book for my friends, almost all of whom I haven’t met.  They, like me, are getting older. So are their parents. Many are or will end up in nursing homes. Most who do will die there. Whether my friends learn to smile in between can change their lives too.

The book is a short folksy memoir, a compendium of stories about what I saw, learned, and felt, and how I learned to smile again, then and now. Three-part dementia-inspired operas will do that. So will listening to a saintly mom call a white nurse a “honky.” I found laughter amidst my tears. In the midst of the tempest, I also found serenity for a troubled soul. So can my friends.

Very personal account from a faith based author. My family is going through a similar situation so very helpful. Quick read.

Millennial Catholicism: What Needs Fixed First is an iconoclastic admonition for the nation’s religious monolith to right its ship while it still can. Sixty-two million souls hang in the balance. An estimated sixteen million others have already given up. Ten essential threats confronting Catholicism are presented, with solutions an embattled hierarchy will not want to hear...

Nobody Knows My Name

We Don’t Do the Macarena on Sunday

We’re Paying Lip Service to Half the Flock

We Have Problems in the Priesthood

The Stockholders Can’t Get in the Boardroom

We Need To Reinvent the Papacy

We Don’t Know Beans about the Bible

There Are Cobwebs in the Confessional

We Haven’t Figured Out How to Talk About Sex

A good wake up call for everyone, not just Catholics. Many good examples and recommendations for the community to see how to know God.

A beloved Pope has been kidnapped. His ransom: Bryce McIntyre, the President of the United States. The world watches as Cadyn Tunn, the crucified Vicar of Christ, is paraded across the world stage by Islamist captors via Internet streaming video, setting in motion a series of earth-shattering events designed to force the President to make the ultimate decision – her life for that of the Pope’s.

In Vatican City, disgraced Swiss Guard Rodolphe Giger seeks to redeem his shattered reputation, and save his Pontiff, before it is too late, while malevolent Prince of the Church Lucano Oddi prepares to commit the most mortal of sins. A continent away, a psychological duel to the death ensues between captor Fatimah Saad and Tunn. In Washington, D.C., S.N.N. producer Madelyn Cacy receives a series of startling emails F.Y.E.O. – for your eyes only, casting her into the center of the storm. Meanwhile, Fatimah’s mysterious inamorato holds a secret that will bring an unsuspecting shell-shocked audience the world over to its knees.

Each will be thrust into a cauldron that will test the very fiber of their souls. From the White House to Saint Peter’s Basilica, from the bedroom of a Cairo hotel to a lonely bunker in the vast wasteland of the Sahara, decisions large and small will determine if the keys of heaven can be protected from the powers of hell.

In Washington, D.C. and the Vatican, the clock is ticking.

Wow. A well-written story of intrigue both in the Vatican and Washington, D.C. involving an Arab sleeper cell in the latter.

A secret of epic proportions is hidden deep in the labyrinthine bowels of the Vatican, where it has lain for two millennia, the existence of a thirteenth female apostle. Ross Culhane is a loyal adjutant in the Vatican Secret Archives, wary accomplice to a conspiracy that haunts an already tortured soul. American TV news anchor Becca Girard descends into the Eternal City, igniting a crusade, personal and professional, that will rock the foundations of the 'one true Church.' In the process, a startling secret that binds Ross and Becca will draw them to a showdown leaving both their lives hanging in the balance. The search for Serah winds from the Vatican to ancient ruins in Turkey to a bloodletting finale on the high altar of the Basilica of Saint Peter, Prince of the Apostles.

I highly recommend reading Princess of the Apostles. I usually read archaeology/thrillers, but I couldn't resist this book. Right from the first night that I began reading this book, I was hooked. The best books to me are the ones where you can see the places in your head and truly know the characters, and this is one of those books. The ending was amazing and left me wanting more. I was sad to have the book end, but the good news is that I now have another author to add to my list of favorites. You won't be sorry reading Princess of the Apostles!

What if? What if a secret of epic proportions has been sequestered in the labyrinthine bowels of the Vatican for two millennia? What if a feisty American woman is about to find out? What if a secret no less epic for her is about to be spilled by rogue prelates who will stop at nothing to stop her? What if failure will incite a cataclysm destined to shake the foundations of all they hold sacred?


Archaeologist Kobi Dylla is soulless as the artifacts she exhumes from the Middle Eastern sand. Vatican prelate Benuccio Garda’s soul is in turmoil, haunted by collusion with the covert Judaeus Sodalis contrived to protect the mother of all secrets. Their story winds from a Jerusalem monastery to the Israeli desert to an ancient Roman cemetery, interspersed with the illuminative musings of a spellbound scholarly Internet Mailing List. Did history’s most notorious rogue, Judas Iscariot himself, share the bloodline of Jesus of Nazareth? What if?

Agosto (‘Gus’) DiDio knows secrets, big ones, both personal and institutional. The former are family secrets, ones he would rather forget. The latter are held sacred by his Church, tales of reprehensible abuse in the past, with dangerous residue in the present.  Gus wants to be a bishop in that Church. He is on a fast track to have his wish come true.  Until, that is, a  secret from the past threatens the election of a new pope, a secret that can topple the Church Gus is sworn to defend.  His soul, and that of the Church, hang in the balance.   The first of the "Monsignor Gus series."

The Last Crossing, by Guy Vanderhaeghe

Literary fiction at its best.  Vanderhaeghe weaves an engrossing tale set in the wilderness of Montana and western Canada in second-half of the nineteenth century.  Well-crafted characters you feel like you've known your whole life, settings that 'take you there', and surprises when you least expect.  I don't make a habit of literary fiction.  They tend to be a lot of work.  This one is no different.  You'd do well to have a dictionary handy, but it will be worth every minute.  I got lost in the people and places, and expanded my vocabulary at the same time.  A best-seller in Canada, nominated for the 2004 International IMPAC Dublin Literary Award, and winner of the Canadian Bookseller Association Fiction Book of the Year Award.  All for good reason.  Highly recommended.

Welcome! Check out my new announcements